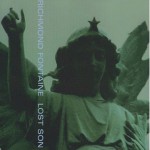 Willy Vlautin has spent the past five years leading his band Richmond Fontaine (and before that, the Impalas) through the sordid streets of his tortured imagination, with songs that clench at the heart— vivid vignettes, dreamy half-glimpses of murkily horrific images, distorted by drugs, alcohol and extreme emotional pain. Equal parts Charles Bukowski, William Burroughs, Hubert Selby and Bruce Springsteen, Vlautin’s artful poetry conveys deeply moving events, which transpire without explanation of circumstance, nor resolution of the action. Isolated incidents, some possibly autobiographical, frozen into the vapor of Vlautin’s cloudy recollection.

Musically, Vlautin divides between wistful acoustic guitar settings of Folk and Country tinged themes and vehemently fierce Rock arrangements for his songs, executed with blade-like precision by the rhythm section of Dave Harding on bass and Joe Davis at the drums. Peripatetic Paul Brainard provides ethereal pedal steel guitar phrasings in support of Vlautin’s powerful guitar work, and occasional mandolin and backing vocal supplements  in the more acoustic modes. Luther Russell appears in the producer’s role eliciting a performance from the Fontaines that is as cathartic as that of Fernando in his work with Russell.

The eleven songs presented here ostensibly could be a song cycle amounting to a “concept album,” albeit one that only loosely holds together. The protagonist would appear to be a soldier on leave from Ft. Lewis, Washington, who while riding on a bus, reflects on various scenes that have occurred in his recent life. At least certain songs seem related by a word or phrase or context. “Savior Of Time,” “Ft. Lewis,” “Contrails,” “Girl In A House In Felony Flats,” “Four Hours Out’ and “Hope & Repair” all seem interconnected lyrically. The soldiers’ prostitute girlfriend, who is apparently trying to clean up her act, is mysteriously kidnapped under violent circumstances.

The album begins with “Savior In Time,” a tune which alternates the frenetic guitar of the breaks with the more passive passages in the verses. In this segment of the story, our hero is recovering the aforementioned girlfriend from the hospital. “I put concrete blocks in my truck/Because it had been snowing for days/She had called me from a hospital/Barely understandable.” The next two scenes “Ft. Lewis” and “Cascade” descend into a iniquitous spiral of self-mutilation, robbery and murder. The former cut starts off with a vicious instrumental attack, mellowing in the chorus behind Brainard’s forlorn pedal steel guitar figure. The “Wildwood Flower” feel of the latter track belies the brutality to be found in the lyric.

“Contrails” combines Brainard’s mournful pedal steel with guest Mike Walker’s effective B-3 organ fills to create a sound similar to that found on the Wallflowers’ “6th Avenue Heartache.” The wistful acoustic setting of “Fifteen Year Old Kid in Nogales, Mexico” captures the existential nature of the lyric it accompanies. “Pinkerton” is another tale of menace and rage with jagged guitars punishing the verses, a more subdued, suppressed atmosphere in the bridge.

A moody, foreboding atmosphere hangs over “A Girl In A House In Felony Flats,” a love song in which Vlautin inventories his beloved’s squalid living quarters, attempting to ascertain his own status amidst the clutter. “There was a broken tv/next to one that was on was a bong/and handcuffs and mail that hadn’t been opened in weeks/And swollen eyes/and pulled back hair/and rail thin arms,,,/If it can have you/Then Christ,why can’t I have you?”

The band’s cover of Eric Moore’s “Muddy Conscience” fits right into the scenario— a smoldering piece of molten sludge. A beautiful A-F#m-G movement in the middle of “Four Hours Out” livens up the leaden waltz motif. A string section adds muted splendor to the dreary landscape of “Hope & Repair.” “My friends they say a prostitute has no heart/She’s run by money and ease/But to me it’s a lost and spinning world/full of unquestionable brutality/And from the East blows uncertainty/And from the North blows complete despair/And from the South blows alcohol/And from the West hope and repair.”

Lost Son is an album of extraordinary power. Willy Vlautin and Richmond Fontaine seem to be searching for structural possibilities to properly accompany Vlautin’s musical short-stories, which seek truths of their own. More often than not, they succeed in conveying the raw emotion through various means, both refined and primitive, both passive and volatile. The underlying theme here is survival at its most intrinsically basic and vital level— where every living creature struggles against the forces of nature. Richmond Fontaine are winning that battle. 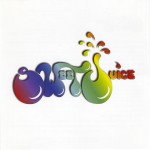 SweetJuice is the brainchild of Kristin Deelane and Adam Gailiunas, who have been playing around town for many years as a Folk/Rock duo known as Adam and Kris. Here, with the addition of drummer Matt Kramer and bassist Paul Summers Jr., they have formed a solid band to showcase Kris’ formidable talents as a singer and songwriter. Alternating between acoustic and electric rhythm guitar Kris draws solid support from Adam on lead guitar. Adam contributes three songs of his own to the eleven (as well as an additional fragment and a remix) presented on this album, recorded live at the Green Room last May.

And this recording features a tight little Rock band that utilizes Folk, Country and Reggae influences in economical ways, dressing up Deelane’s pithy and witty songs and Gailiunas’ more plaintive numbers. While all of Kris’ songs display a keen sense of humor and incisive sagacity, several qualify as hit material. One of those would be “Brand New.” Starting out like an Irish folk air, Kris lends the tune a longing, Kate Bush-like vulnerability. But the song takes a sudden turn into a tumultuous bluesy sendup, in which Kris is able to stretch her vocal legs, quickly trotting into Melissa Etheridge territory.

“Corroded Angels” takes an uninspired stab at Reggae. Not a bad song necessarily, but perhaps an ill-advised choice in arrangement—  especially given that the song is essentially Country in its roots. Odd. “Rapture” and “”Promises” have a certain No Doubt-ish stance, though Kris’ vocal approach is a more straight-ahead and less coy than that of Gwen Stefani. “Ugly Kid Joe” is Adam’s first compositional and lead vocal contribution to the affair. It’s a simple, Young-esque Country/Folk number, complete with whining harmonica solo. Nice.

Over a punky rhythm guitar chord progression and a driving beat, Kris leads “I Hate Myself” through a tough vocal presentation of  acid-laced lyrics. “He saw me/He saw me/He saw I was ugly/He lied and said he loved me/Then he ran back to pretty.”  One of the strongest songs of the set. Adam’s “In This Together” is a pensively pleasing waltz that demonstrates his own gifts for understatement and melody.

Kris displays strong abilities as a song writer with “The Apple,” a bluesy ballad that has much more in common with standards such as “Scotch And Soda” and “That’s Life” than with much that is heard today. Sweetjuice’s live rendition of the tune sounds as if it needs to be quantized, though the band is to be commended for the restraint they show in their performance. Another good song. Adam’s “Out Of Your Shell” starts off sounding like a Country version of Peter Gabriel’s “Salisbury Hill,” but quickly veers into Tal Bachman-like Pop territory, and comes closest of all the songs to having a strong, memorable chorus. Kris engages in operatic vocal swoops through “Anthem.” Adam adds some of his most effective lead guitar work to the tune as well.

Sweetjuice exhibit brains and chops on a regular basis. But, to a certain extent, their songs lack development. There are times when a winning chorus or an effective bridge would make of a pedestrian composition, something far more exquisite. Other times, stylistic choices, most likely borne out of various limitations diminish the possibilities for a particular song. However, the band is much better off sticking to Country flourishes than ever going near Reggae.

That said, Sweetjuice demonstrate distinct promise that one day soon they may evolve into a very good Rock band.

Singer, songwriter, keyboard whiz Mike Danner has been kicking around the local scene for well over a decade now, starting out with his power Soul band Dial Memphis in the ’80s, before aligning himself with a coterie of Laurelthirst Pub regulars led by Neil Gilpin— whose own local career dates back to the early ’80s with bands such as the Fabulous K-Tels and the Clevelands. Most recently Danner and Gilpin worked together, along with Velvida bassist Tim Acott in the Belmont Street Sextet/Octet. Acott, whose own local pedigree dates back a decade or two, is probably best known as a long time player with Billy Kennedy.

Velvida Underground, for which Danner acts as the frontman, began as an offshoot fill-in band at the Laurelthirst, but has become a regular Thursday Happy Hour mainstay at the pub. It took four years for the band to record the eight Danner penned tunes and single cover of Ray Davies’ “Alcohol.” In that time original drummer, the legendary Sam Henry (of Napalm Beach fame), departed the fold: to be replaced by Yorck Franken, one-time drummer for the popular garage Funk band Slack. Velvida saxman Sam Hagerman is also a graduate of the Slack school. Henry and Franken each appear on four of the nine cuts. There are no drums on the cabaret-inspired version of “Alcohol.”

The album kicks off with “Fly Away Angel,” a jaunty barrelhouse blues number which is highlighted by Danner’s flawless falsetto lead vocal, rivaling even that of Prince or Ankh or whatever he calls himself these days. “Alcohol” benefits from Mike’s colorful accordion intonations and solid Costello-esque vocal. Taking a page from the John Lennon approach to apocalypse, Danner guides “Nothing” with a characteristically snide vocal delivery, while Acott draws a bow across the strings of his stand up bass— while lyrically assimilating several of the Beatle’s songs, the foremost of which would be the chorus of “Across The Universe.”

Nilsson and Randy Newman come to mind on “Come Rain,” with its highly stylized arrangement and obscure lyrics. Gilpin’s well-turned pedal steel guitar washes and plucky lead guitar solos add to the sonic texture. The band takes the opportunity to stretch out a bit on “J Factor” a jazzy swing number that echoes Benny Goodman and Django Reinhardt in its precise riff implementation. Danner reels off a sterling piano, followed by a boppish foray by Gilpin on electric guitar and a buttery outpouring from Hagerman.

“Janie’s Flyin'” could be the work of Donald Fagen and Steely Dan from the Katy Lied  period, with its wry lyric and sophisticated, Jazz inflected instrumental arrangement. The melodicism of “My Make-Believe Friend” could easily be the work of early Nilsson, with its insistent piano chords and whimsical vocal melody. Roiling broken piano chords and mournful accordion interludes are at the heart of “Laughing Myself To Sleep,” a kind of Billy Joel-ish tour de force.

Mike Danner and his talented band of sidemen prove themselves to be consummate musicians, turning out eclectic, well-sculpted pieces of music, full of dexterous handiwork and artful expression. The group display no apparent weaknesses. They don’t rock so much as roll. Their blues are melded with shades of gray. But Danner’s sure capabilities as a craftsman of quirky, catchy songs, as an inventive interpreter on a variety of keyboard instruments; and his vocal capacity to render unique stylistic performances, gild the entire outing with a patina of artistry and resourcefulness. Obviously the work of real pros.