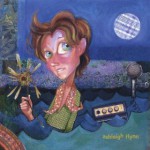 It is the rare solo artist fortunate enough to gather about their personal sphere a coterie of sympathetic musical souls; rarer still when those cohorts are a truly talented ensemble. But such is certainly the case with singer /songwriter Ashleigh Flynn and her band of exquisitely skilled craftsmen, the Equestrian Bonnets. For here are a bunch of top-flight musicians gathered in support of a facile songwriter and forceful singer, making marvelous music together.

Flynn, who grew up in Kentucky and Virginia, cites among her influences Nanci Griffith and Michelle Shocked— and she shares with them traditional Folk and Country roots. The Equestrian Bonnets weigh in, sounding somewhere between Post-Dylan era Band and early, Neil Young-driven Crazy Horse. A potent combination, to be sure.

“The Leeward Sky” balances Flynn’s droning acoustic guitar against Chris Funk’s imaginative dobro guitar stylings; Ashleigh’s dusky alto intones sensitively artistic lyrics. “Curl me in your wicker basket and ride me round the neighborhood ringing bells as mail boxes pass me by. Grieve solitary, you left staring into the palest blue eyes.” Asher Fulero adds thick layers of organ across the choruses, as the rhythm section of bassist Carl Neef and drummer Justin Cooke move through the changes with keen precision. Funk provides an array of textures with an arsenal of guitars, including a searing slide solo. An impressive song.

Changing gears, “Like Anything” unfurls upon a gentle Bossa Nova rhythm, with Flynn’s soft acoustic guitar accents playing off Fulero’s gentle Wurlitzer riffs. Funk slowly snakes a lap steel guitar into the second verse, offering ethereally marvelous solos in the turnarounds. With a similar complement of instrumental sounds, “Back Into The Rivers” moves at a far brisker pace. But Funk again stands out, with soaring solos pouring forth from his lap steel.

The title track allows Ashleigh to express some of her traditional Country roots, as does “Mournful Serenade,” while “Sighting Ariel” rocks with a memorable chorus. “Ghost Of Eden” rides a fast moving 18-wheeler tempo; Flynn’s wry, introspective lyrics surveying the wasteland of the American experienceÑ “The atmosphere my reference frame/Unleash my soul from easy game/I thirst for love outside my range/Find no comfort when I rise from pain.”

With a sultry setting borrowed directly from Melissa Etheridge’s “Bring Me Some Water,” Ashleigh stitches nervous acoustic guitar figures against Cooke’s restless jungle tom and snare configurations: sounding more like Suzanne Vega in the end. “Tried And True” returns to a Country arrangement, a lovely ballad about love and loss. The live version of “Deep River Hollow” helps to illustrate Flynn’s attachment to a Country/Bluegrass heritage.

Adopting a jazzier, coolly intellectual stance on “Losing At Delphi” and “Briscoe,” Ashleigh explores the mythic quality of relationships in the former, while Fulero contributes a splendid, Herbie Hancock-flavored Wurlitzer solo to the latter.

Typically, a songwriter composes songs under two specific conditions: either the words come first, or the melody comes first. It is extremely rare for a complete song to simply arrive from thin air. It would seem Ashleigh Flynn writes the words first. Her songs, though expertly arranged and produced, seem to be constructed upon distinct pieces of well-hewn poetry. For this reason her music is not always particularly melodic— though her delivery is always assured and robust. While she is a good songwriter, her songs generally lack strong, notable hooks.

The Equestrian Bonnets nearly disguise that slight imperfection with matchless accompaniment. Asher Fulero and, especially Chris Funk decorate each song with soulful ornamentation, subtle but always in perfect accord with the context of each song, lending all dynamic warmth and a high level of expertise. This is a solid bunch of performers.

The sum of the equation makes for an impressive first release from this capable young artist. Given her obvious intelligence and skill at both the singing and songwriting crafts, there is every reason to believe that her star is yet on the rise. The best is yet to come from Ashleigh Flynn. 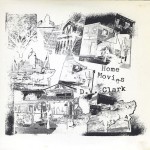 Armed only with a few guitars, a four-track tape deck and a lot of imagination, Doug Clark has assembled a collection of a dozen songs, culled from fifteen years of home recording. And while the sound quality is decidedly lo-fi, Clark displays more ingenuity and inventiveness than most clubland poser bands could ever hope to muster. It’s idiosyncratic material to be sure, not unlike the precocious outpourings of Daniel Johnson. But, for the most part, it’s a pretty enjoyable outing.

Clark isn’t likely to bowl anyone over with his prowess as a singer or a guitarist. Most of the time he enlists the aid of a drummer, and occasionally a bass player. Other than that, it’s all Doug, cobbling together productions in any way he can. “Think I’m Ready” combines aspects of Adrian Belew’s guitar style with some of Frank Zappa’s vocal approach. A strange song, that works because of it’s utter singularity.

Taking a different tack, “Hotel Children” seems reminiscent of Pete Townsend’s home-studio work, circa  1973, commingled with early Byrds flavors. A chiming electric twelve-string drives the tune. Nice vocal harmonies adorn the chorus. A sparkling arrangement from start to finish. “Shawn” travels upon an unusual melody line, giving way to a journeyman-like effort at a backwards guitar solo. The instrumental “Know” bubbles with subdued intensity, as heavily effected guitars leap and dive like dolphins in the moonlight: not unlike Jade Warrior.

The rocker, “Afraid To Go Walkin'” could pass for the Unreal Gods backing Fred Cole of Dead Moon on one of his songs. Clark’s guitar solo echoes of the early days of Wishbone Ash. “Puttin’ The Lock On Ol’ Babylon” continues the feel, with a little paranoid twist to the lyrics. Doug again unleashes another fiery guitar solo over the Eagles-ish arrangement. Closer to Richard Thompson is the demeanor of “1000 Tambourines,” although another series of intricately arcane guitar solo wreaths the verses with deft grace.

“Opinionated Man” sounds like Cream backed by the Beach Boys, working through a Country-tinged tale of love and betrayal. Blending elements of John Lennon (“I Want You (She’s So Heavy)”) with a very jazzy chorus, “The Score” is a somber number, but reflective of Clark’s unique abilities as a crafter of songs and his maturation as a guitarist and a musician.

The first half of “Stuck In The Summer Of Love” could easily pass for a Cake tune, before it launches into a Cream-like chorusÑ a snide look at the Hippie lifestyle: “Remember Max, we were there when Frank freaked out/The Dead were alive.” A little beer bottle percussion, glinting in the distance of the mix. A psychedelic guitar solo thrown in for good measure. “Photograph” probably springs from Clark’s Jethro Tull period. But more odd backwards guitar solos prevent the effort from being overly imitative.

Some songwriters are born performers. They take naturally to the stage, performing their songs with easy affability. But others are insecure. Their voice isn’t good enough, their looks aren’t good enough. They don’t want to ‘sell out,” or compromise their creativity. Or they are trapped by circumstances into not exploring a risky business. Whatever the reason, they retreat to their tapedecks to play out the arrangements they hear in their heads. The result is almost always flawed in some way, due to the inherent limitations of the medium (and often times the performer). But, every once in a while, from time to time, it all holds together, as if with spit and baling wire, and the damn thing actually gets off the ground.

Doug Clark doubtless has his share of recorded failures. And what he offers here is not necessarily going to discourage someone from going into an actual studio. But, for what it is, Home Movies  is a remarkable exhibition of determined creativity and dogged musicality. 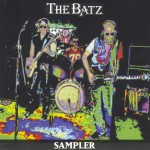 The Batz have been hovering around the local scene for nearly fifteen years, swooping from gig to gig, oftentimes overlooked by the gods of the media. They aren’t a flashy band. Not glamorous. Their sound tends to move toward Blues/Roots Rock territory, typically with a 50/50 mix of originals and covers. Their history is a stormy one, with many a feud fueled hiatus and change of personnel. But this recording finds the band in fine form, re-united in one of its more familiar configurations, rocking smartly.

One of the oldest songs in the Batz’ repertoire, is the cheesy “Batz Theme,” a blatant rip-off of the “Batman Theme,” served up here with sporty aplomb, more as a tribute to a departed member than a demonstration of musical prowess.

Their take on the Dave Clark Five’s ‘60s hit, “Anyway You Want It,” is a faithful rendering, though a tad rocked up and better played than the original. The same could be said for their treatment of the Kinks’ early hit “End Of The Day,” which features a well-executed guitar solo by Woodsong.

Another longtime staple of from their catalog of original songs, “Hawg (The Harley Song),” written and sung by bassist Michael Esquire, is a straight-ahead three-chord boogie rocker that segues nicely into the ‘50s chestnut “Cadillac.” Guitarist Paul Woodsong’s original tune “The One And Only” rides upon a crisp Neil Youngish chord progression, and vigorous acoustic guitar. An extended solo allows Paul to stretch out and show what he can do on his instrument.

A remarkably conscientious remake of the ‘60s punk band Love’s rendition of the Burt Bacharach composition “Little Red Book” embarks in a new direction with Woodsong’s jagged solo. Esquire’s demonized vocal challenges Arthur Lee’s original. Paul’s “It’s Already Been Said,” despite fatalistic lyrics, crunches heartily in a Blue Oyster Cult vein, with an impassioned guitar solo in the middle break. Another original, “My Mom Said,” espouses an early Who feel, with a memorable chorus and quirky lead vocals by Esquire. The snakey rhythm of Esquire’s laugh-inducing “I’ve Fallen (And I Can’t Get Up)” is a natural that was waiting to happen. Michael’s gutsy, roadhouse vocal adds spice to the rave-up.

The Batz aren’t likely to win any awards for originality. But their obvious reverence for the music they play is commendable. Their stalwart musicianship is praiseworthy. Their determined perseverance is admirable. 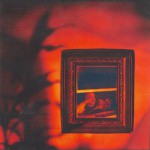 “A Work Of Art” nearly rises above the weight of its pretensions, with an energetic performance and a winning chorus. The instrumentals “Nocturne” and “Lime” have a better chance of succeeding: the solo guitar lines are have more melody than most of the actual songs. And the lack of cloying lyrics allows the listener to focus on the above average musicianship. “Think It Over” shows promise as an easy going Country-flavored Pop song.

But the rest of the material simply cannot stand up beneath even modest scrutiny. The songs wither into shriveled leaves of cliche blowing around in a big wind, that huff sand puffs with a lot of sound and fury, but doesn’t signify a whole hell of a lot. Get a grip on it guys! There’s a big world out there that exists far beyond the realm of your hollow proclamations and pious platitudes. People are living and dying. Surely there is more to life than “Your laughter it evades me/Your thick-witted hunger/Displays your intelligence to me/Your laughter it evades me/I may never understand/Your infantile irony.” Wow!

If there were any indication that they had the slightest idea what they were talking about, we might be inclined not to have Bob evade us all together. But Bob have all the earmarks of being so self-absorbed, they probably wouldn’t notice that no one was listening anyway.